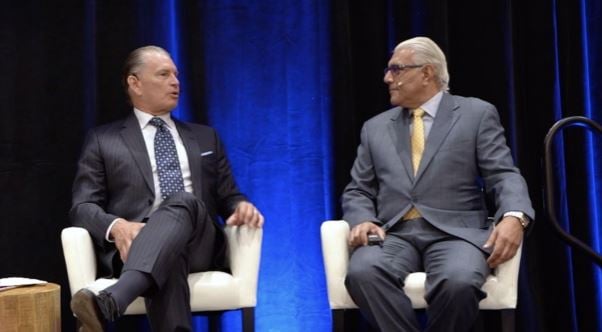 For Hessam Nadji, CEO of Marcus & Millichap, the 2021 Western States CREF Conference held between Sept. 8-10 was his first large-scale public gathering since the onset of the pandemic 18 months ago. He used the occasion to provide a review of the progress that the economy generally and commercial real estate in particular have made during that time.

Key differences between the global financial crisis that took hold in the fall of 2008 and the downturn that derived from the pandemic were in the nature of the 2008 crisis and the 2020 one, and in the relative speed of government response. The GFC, Nadji pointed out, was the outcome of a “sick” financial system, whose ailments eventually permeated all aspects of the economy.

By comparison to the lag between the first signs of an impending financial crisis and the actions taken by the Federal Reserve in 2008, government response last year was much quicker.  “This notion of a swift response, having come in seven weeks versus 13 months and 25% GDP versus 6%, is the underpinning of everything we’re experiencing today and will for at least the next 12 to 18 months,” Nadja told Western States attendees gathered at the ARIA Resort & Casino in Las Vegas.

Nadji also shared the stage in a one-in-one interview with a fellow commercial real estate veteran and fellow CEO, Gary Bechtel, who leads Red Oak Capital Holdings. Bechtel provided his take on the capital markets and CRE fundamentals, noting that there’s lots of capital in the market and investors are getting outbid as a result.

Bechtel also observed that most asset classes have rebounded, even hospitality, although urban office still has a tough row to hoe. He said the current low-interest rate environment isn’t expected to change in the near term.